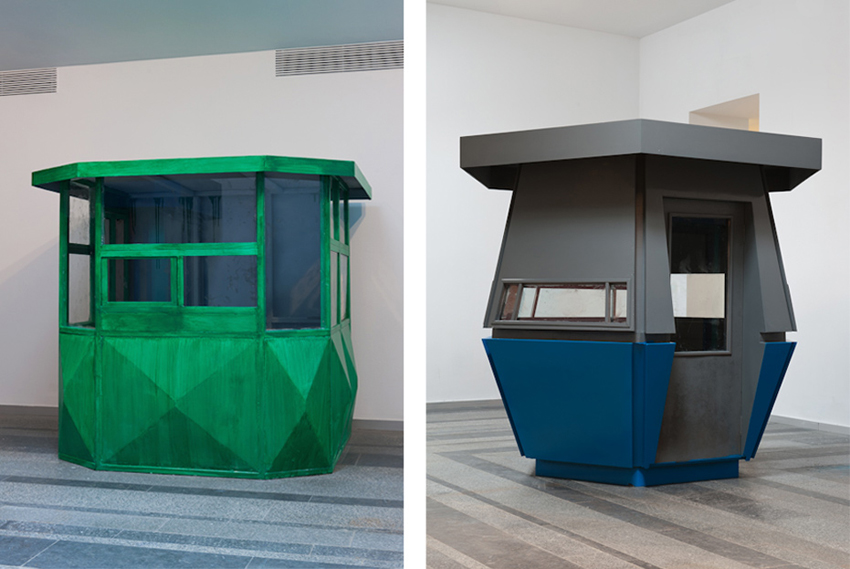 Using documentary film footage, snapshots, architectural photos, his mother's shoes as well as pictures and models of professional and vernacular kiosks of modernist design, he gives us moving as well as critical images and symbols of the interweaving of private life and history, the personal and political.' 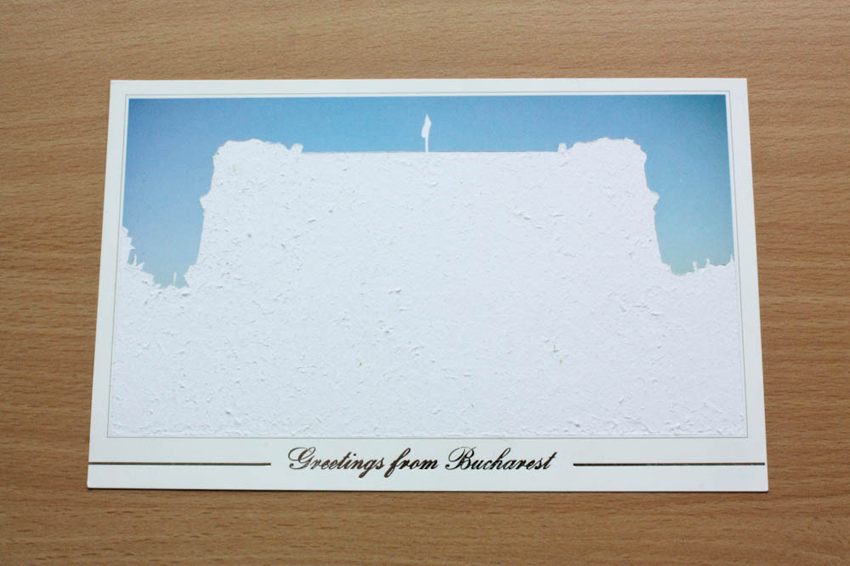 I bought a few tourist postcards from a post-office in Bucharest, Romania. Using a box cutter, I removed the buildings in the image. Only the sky above the city remains intact. 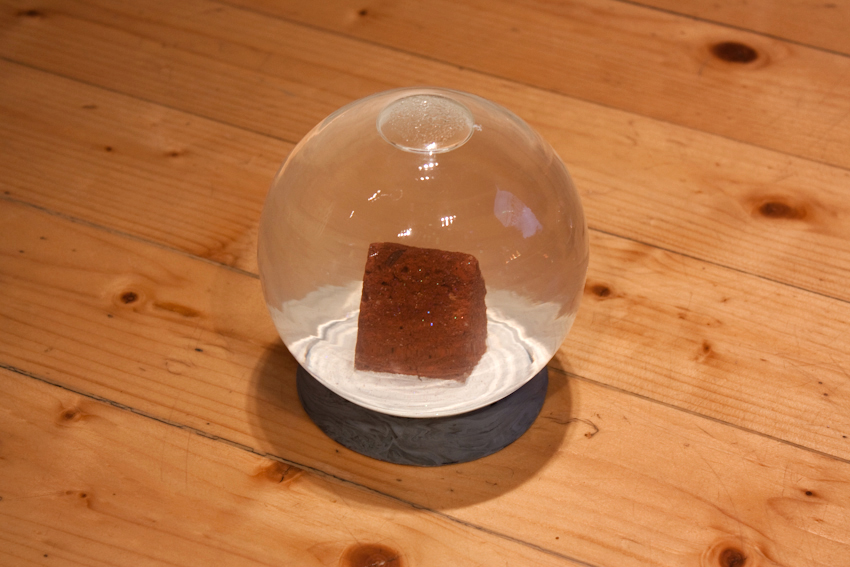 Brick fragments from 25 demolished houses, shaped like small houses using an electric power tool, and then placed inside 25 glass globes found in a deserted glass factory. 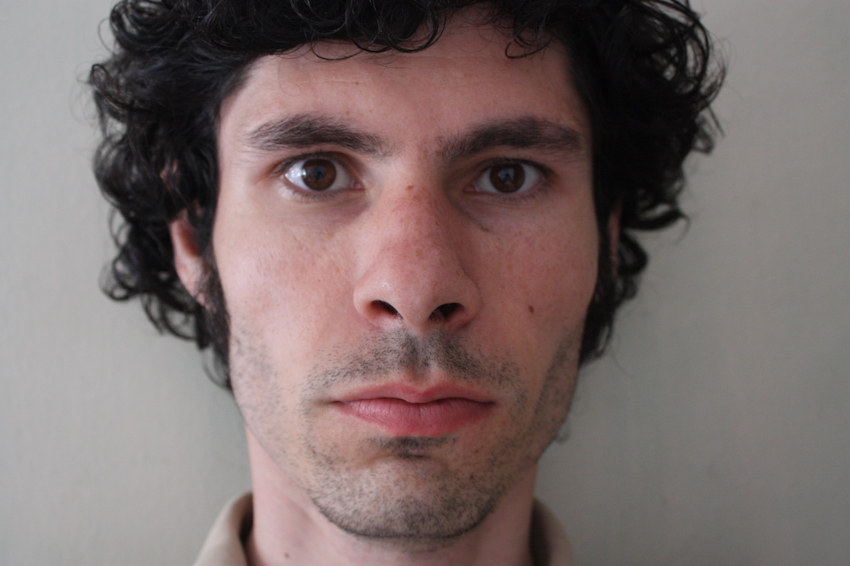